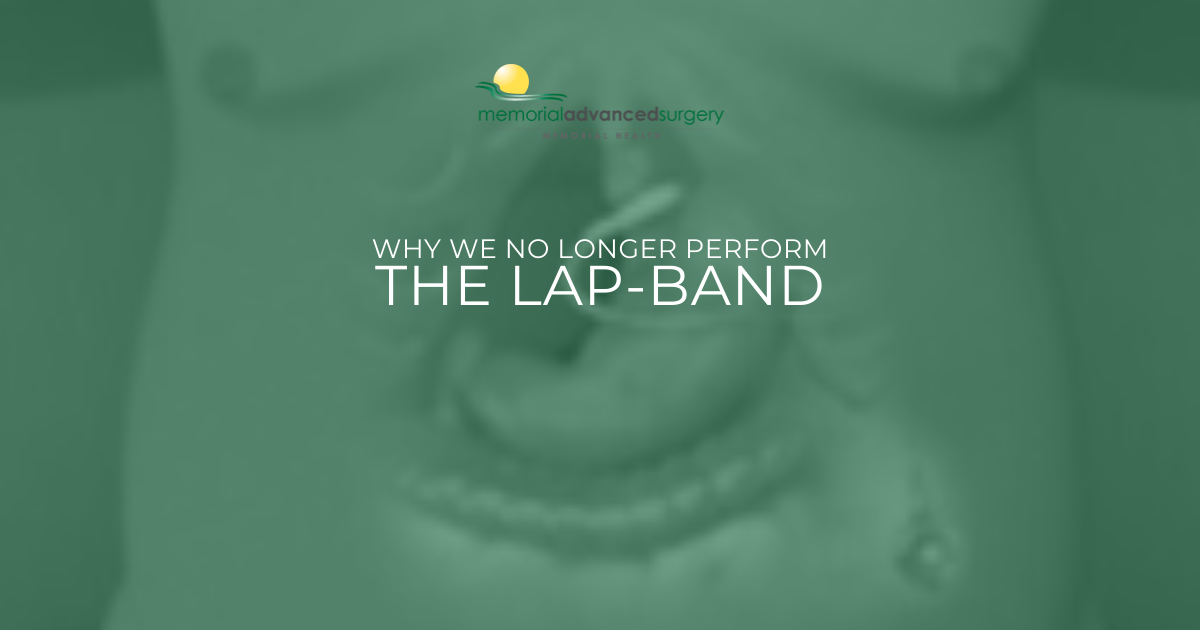 For many decades, the gastric bypass has been the gold standard in resolution of many of the diseases associated with morbid obesity, as well as being the benchmark by which we measure the weight loss potential of any bariatric surgery. However, the nature of the gastric bypass, and to a lesser degree, the gastric sleeve, meant that many patients experienced a number of uncomfortable postoperative realities including dumping syndrome, potential for nutritional deficiencies, and some shorter-term complications such as leaks in the staple line.

Soon after the advent of laparoscopic surgery, the gastric band was developed. The first of these was known as the Lap-Band, and shortly thereafter, the Realize Band was developed as a competitor. Early on, it seemed like an excellent option for those who were not comfortable altering the anatomy of their gastrointestinal tract. Further, the Lap-Band offered the potential for adjustments and was completely reversible if the patient did not tolerate it well. The trade-off for this versatility was that the overall weight loss and disease resolution potential was somewhat lower than that of more-traditional, stapled procedures like the gastric bypass and the gastric sleeve. However, the Lap-Band got an additional boost when the FDA approved it as the only weight loss surgery for patients with a BMI as low as 30, as long as they had co-morbid conditions.

Even though the Lap-Band was widely known, and many thousands were placed over the years, the long-term complication rates associated with the device were too significant. Because of the horizontal nature of the mechanical restriction it provided, there was a tendency for the band to slip out of place, or even erode into the stomach, causing discomfort and ultimately necessitating a revision of procedure. Sadly, patients who had their band removed would typically regain all of their weight, and sometimes put on even more. Further, some patients experienced complications with the injection port – where saline was introduced or removed from the band to change its restriction levels – requiring additional surgical intervention.

Many continue to revise their band to a gastric sleeve or gastric bypass to achieve their initial weight loss goals and more.

Today, Memorial Advanced Surgery dedicates about 20% of our practice to the removal and revision of Lap-Bands. While these revisions come with added risk versus the primary bariatric procedure, patients often find that they are significantly better off and are able to achieve, or even exceed, their original weight loss and health goals. To learn more about our revisional bariatric procedures and specifically revising a Lap-Band, we encourage you to visit our website here and schedule a consultation.

Memorial Advanced Surgery
3627 University Blvd S. Suite 700, Jacksonville, FL 32216
(904) 399-5678 | Get Directions
Check Insurance
Please fill out the form below and we will contact you to help you verify your insurance benefits!